Surf’s Up, Dudes. But Jane’s Hangin’ Loose On the Sand. 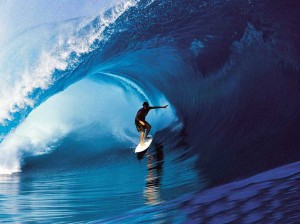 The Matt Lauer special that ran last night has me questioning the ride. Each crest and trough was determined by what I was gleaning from the news media. Whether is was Fox News singing his praises or SNL parodies or CNN quick to point out moments that seemed like weaknesses in the poor man.

These little soundbites didn’t paint an accurate picture. And logically, I knew that then and I know that now. Yet I still formed an opinion. Good. Bad. Indifferent. It was all I could go on.

Last night, George W. Bush spoke with the candor one can only use after a president leaves office. After the fact. In hindsight. And it wasn’t all pretty. He acknowledged his failures and weaknesses. He spoke of what he would do differently and what he wouldn’t change. 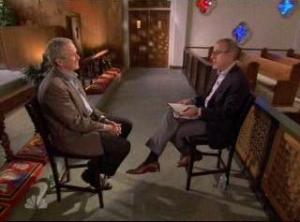 “You may make mistakes, but you are not a failure until you start blaming someone else.”–Anonymous.

I was impressed with his candor.  His honest reactions to criticism and blame. And he never blamed anyone else for his choices. He never used Dick Cheney or Donald Rumsfeld as scapegoats. He owned each and every action he made as President of the United States.

He spoke with such sincerity of the two sides to every decision he made. With some of his toughest decisions, he laid out the facts he had and the options he considered. Then he explained why he chose option A or option B.

What surprised me the most was my own reaction after the interview had ended.  Logic tells us that humans are fallible. That presidents make mistakes. But we expect our world leaders to be perfect. We want our presidents to be perfect. Listening to President Bush last night I began putting myself in his shoes and wondering what in the world I would do, given the same mind-boggling situations.  I decided that I would have made some of the same mistakes and that maybe some of his mistakes weren’t mistakes after all.

Walk a mile in a man’s shoes. I remind myself of this all the time. Who are we to criticize someone when we don’t have all the facts? Isn’t it impossible to form an opinion when the media chooses what we hear? Who am I to deem President Bush a success or a failure?

President Obama deserves the latitude and consideration that I didn’t afford our last president. Deciding whether I agree or disagree with his policy and choices will be difficult without hearing from him exactly how he came to his decisions. But it’s my responsibility to sift through the, albeit biased, information and come to a compassionate conclusion. I need to remind myself that hindsight is 20/20 and to be careful in my judgements.

Instead of riding the media wave, I need to step back onto the sand and take in the bigger picture.