We’re in the middle of another weather crisis, here in the deep south.

But that’s not my pet peeve.

Don’t you hate it when someone sends a well-meaning text to all of her friends, you among them, and then everyone else replies “To All?”

This friend sent a text to all of us regarding the impending doom (a possible tornado) with more alarm than a long tailed cat in a room full of rockin’ chairs.

“I don’t need this,” I thought, “I’ve had the darn TV on all day, watching every new blip of the radar. I am more than informed.”

But then, someone replied to all.

Soon, my phone blew up.

“Great. I’m already out. Should I come home?”

“I have basement envy. But I did just go and buy some good beer!”

(Two cute little beer mugs show up on my screen.)

(Then a smiley face.)

(Me. At home. Screaming NOOOOOOO!)

“I’m debating whether to continue driving to the store or jump in my downstairs bath. What to do?”

“Jill, the rain is just going to get heavier. Get home and turn on the TV!”

And now that the threat has passed…..

“Hey, Susan. I wanna see Joey’s pic from the school play yesterday. I know you have a pic!”

Are you kidding me?  Yep. My knickers are in a knot. I don’t care who has beer, who is out shopping, who wants to jump in the bath or how cute your kid was in the school play. I want my phone left free for important messages from my husband stuck at work during this “killer” storm and my daughter, navigating alone miles away but also in its path.

Well, butter my butt and call me a biscuit.

The rain was a real frogwash, but no tornadoes.

I’m not complainin’ but I don’t need my friends jumpin’ the weather-man-wolf-calling-bandwagon either.

I’m just busier than a cat covering crap on a marble floor.

I don’t have time for this.

Just A Little Nerd Humor For Your Monday 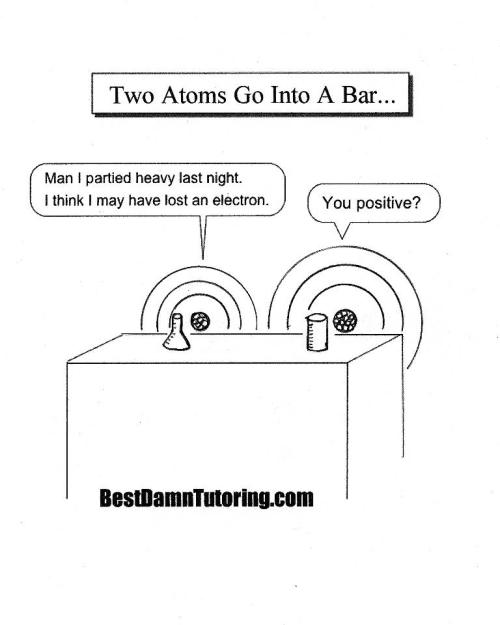 I’m sorry. This just cracked me up.

Yep. I’m all nerdy that way.

The Weather Channel. Or The Guys Who Cry Wolf. Weekly.

The Weather Channel is responsible for my anxiety and I’m ticked.

The Storm of the Century of the Week.

I can’t take it anymore. And it’s only January.

I live in the part of the country where snowfall is occasional. Once or twice a year. Ice storms are more probable. When the weather calls for rain during freezing temps everyone is set into a panic. Hence, the picture I posted a few years ago: 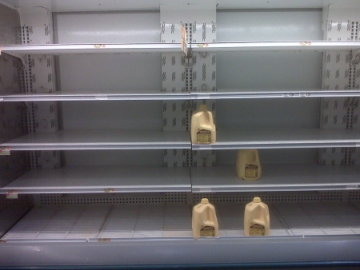 They sent us into a panic last week. They did it again last night. And this time, they closed schools for today.

Don’t get me wrong. I am enjoying this impromptu “snow” day with my kids. Games, cookie baking and even out to lunch with friends. Because as it stands, we’ve yet to see any of the Storm of the Century of the Week.

What I don’t enjoy are the stern-faced-alarming-voiced-weatherpeople breaking into my favorite television program showing us the latest radar map with predictions that rarely come true. I’m learning that weather is unpredictable and man cannot control the outcome no matter how hard our meteorologists try.

Oh sure, they’d love to see us covered in ice, trucks swirling off the roads into ditches, icicles dripping off trees and power lines. It all makes for great television. It’s what they live for.

What they really need to do is swallow a chill pill and take the wait and see approach.

But instead, it’s another Storm of the Century of the Week.

Which is named, Winter Storm Khan.

Yes. You heard right. They are now naming winter storms.

Hurricanes, I get. Even tropical storms.

But snow? We’re going to start naming a bunch of snowflakes and ice?

What’s next? Naming every bout of rainfall and thunderstorm that we have?

Hurricanes are devastating and cruel. They wreck havoc like no other. And I admit, so can snow and ice storms. But typically, not in the same way. With a hurricane comes devastating flooding, water damage that takes months to fix. The vast majority of areas that are attacked by snow storms like Khan are prepared. They have snow plows and salt trucks, snow tires and hot chocolate aplenty.

So what’s up with naming a little snow storm? Are meteorologists that bored with their jobs? Do they feel put out when the main newscasters steal their thunder, reporting on the storm before their paltry little 5 minutes at the end of the news hour? Or is The Weather Channel striving to be relevant by pumping up a storm and it’s potential for damage?

Pretty soon, we’re going to be calling The Weather Channel the guys who cry wolf. Weekly.

And when we need to race to the store to clear the shelves of milk and bread?

We won’t be listening.

On a side note, I must admit, Khan is an awfully great name for a snow storm. But won’t they be sorry when this storm passes and they wasted “Khan” when they could have saved it for when Storm Nemo comes along? 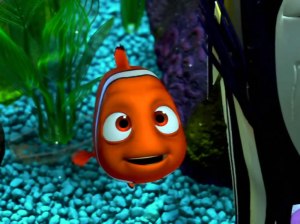 Filed under I'm Baffled (And Because I Love The Word Baffled), Ponderings

Clearly I Have Too Much Time On My Hands

My daughter dragged me kicking and screaming into this century. She gave me her old iphone4.

It was awesome. Which is what she was expecting.

“And Mom, the guy at the store said he’d give you a discount on the iphone 4S if you wanted to upgrade since you’re due for one!”

Sold! (Because I’m all about the discount.)

So now, I have a brand spanking new iphone 4S. Not the iphone 5, of course, because those are just ridiculously expensive.

I love having my music all in one place. I love the apps I’ve found so far. I love playing mindless games and sending email and doing my banking and checking traffic. All from a phone! It’s amazing. I just know that a world with people flying around with jet-packs is right around the corner.

The only thing I didn’t get was Siri.

Most everything I’d ask her, she’d send me to the internet. I gave up.

She cracked me up. So, I started asking nonsensical questions, quoted song lyrics, and generally, tried to stump her.

Before I knew it, I’d been playing with Siri for over an hour.

If you Google it, you’ll find plenty of sites that share the hilarious responses Siri can come up with. But don’t do that now. Instead, share your favorite Siri response below.

And then ask Siri, “Who let the dogs out?”

All That Needs To Be Said 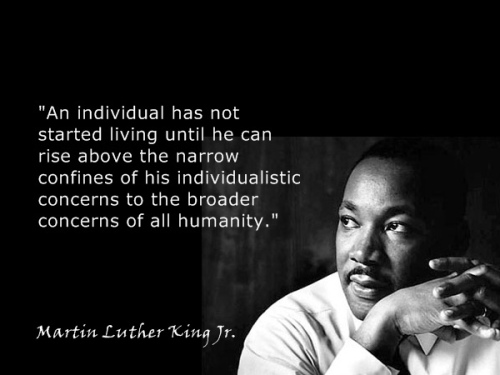 Damn It. I Hate It When Mom Is Right.

Hearing this wouldn’t be shocking. Except it was from the mouth of my 3-year-old foster daughter.

I freaked out when I first heard her say it. I gently reprimanded. I talked about good words and bad words until I was blue in the face. Nothing worked.

“Just ignore it,” counseled my mother. “It will go away.”

“I can’t wait for it to go away! We’re monitored by social workers and case workers. She has a visit with her birthmom in just a week. If she says that in front of her they’ll take her away from us. We’ll be labeled unfit parents. We’ll NEVER get to adopt!”

I was clearly distraught. To me, this slip of the tongue, this bad mommy moment that this angelic toddler had heard and was now emulating, was catastrophic. This behavior had to stop and it had to stop NOW.

So, I continued with my reprimands, my explanations and peppered in a few time-outs.

Running into the grocery store for a few things, I was in a terrible rush. Her older sister was still at school and I was due in the carpool line soon. Time was limited. Trying to get Julia out of the carseat, her foot got tangled in the straps.

Searching my face for a reaction, she said it again more emphatically, “Damn it, Mommy!”

I remembered my mother’s words of wisdom. In desperation, I decided to take her, although ill-advised, advice. So, I simply scooped her up, placed her in the shopping cart and said, “We just need milk, carrots and eggs. And then, we have to hurry over to the school to pick up your sister.”

We shopped. We dashed to the school (well within speed limits, of course) and we went home. I made dinner. We read stories and played. We bathed before bed. We went to bed. We woke the next morning and started our daily routine.

All passed by without incident.

I never heard “Damn it!” from those sweet little lips again.

I hate it when Mom is right.

And an open apology to those whom I have offended and to those I have yet to offend. 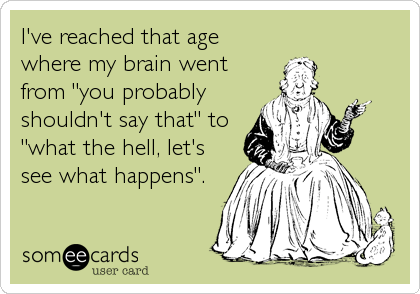 Crawl Back Under Your Rock, Lance Armstrong. We Don’t Care Anymore.

Lance Armstrong. Did he dope or is he just a dope?

You be the judge.

Does anyone really care at this point?

Apparently, there are people who do. Or at least, Oprah would like us to think we should care.

All the latest hype is for a “no holds barred” interview with Oprah, to be aired Thursday, where he is finally ready to tell all. He is “calm…at ease and ready to speak candidly.” Again, I ask. Who cares? 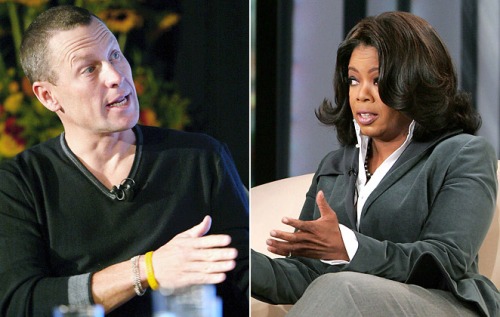 I am not an expert in drug enhanced sports performance. I did not follow every speck of the Lance Armstrong doping studies. But I followed enough to determine, for myself, that with the insane amount of information collected, the fact that he was stripped of all seven titles, and a chief executive of the USADA is willing to publicly say that it was the  “most sophisticated, professionalized and successful doping program that sport has ever seen?” I’m guessing, and it’s just a guess, that Lance Armstrong was guilty of taking  illegal sports enhancing drugs.

Seriously. Does anyone else doubt it?

Instead, he should be laughing all the way to the bank.

Or, at the very least, crawl back under the rock from which he came. 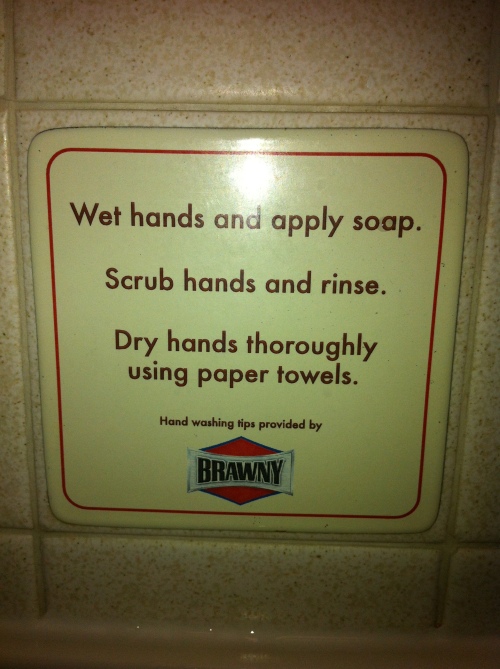 If you need these instructions, posted over the sink?

You have probably skipped the sink area and are already skipping out the door.

Ahh, Brawny. Thank you for the hand washing lesson.

But I’m afraid you are preachin’ to the choir.

The Sandy Hook Elementary Snowflake Project. An Opportunity For Healing.

The first day of holiday break and my daughter, home from college, dragged her brothers to the kitchen table.

“We’re making snowflakes. As many as you can. And we’re sending them to Sandy Hook Elementary.”

She had heard about the Snowflake Project for Sandy Hook Elementary on Facebook and like many of us, was searching for a way to help.

So two young boys, under the firm direction of their older sister, sat for hours at the kitchen table, designing, cutting, decorating. Pleased with some of their creations. Tossing their failures (or giving them to Mom, because Mom loves everything they create.) 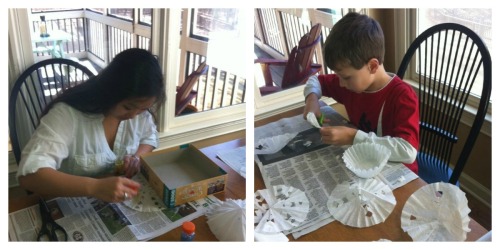 And then, they wrote little notes, welcoming the students back to school, placed their creations in an envelope and sent them on their way. A small gesture. But so meaningful for my children to help with the healing, theirs and ours.

After my own children went back to school I was curious about the snowflake project and found this post.  Sandy Hook was inundated with snowflakes, from all over the world. An outpouring of love and caring. More snowflakes than they needed, they are no longer accepting snowflake donations. But if you are moved to help, check in here.

Or, create your own winter wonderland. At your school. Your home.

Snowflakes. To remind us of what is beautiful.

Filed under Be-Causes, In the News, Uncategorized