Jane Cries A River For The Impoverished Music Industry

I watched an awards show. Finally. In it’s entirety. 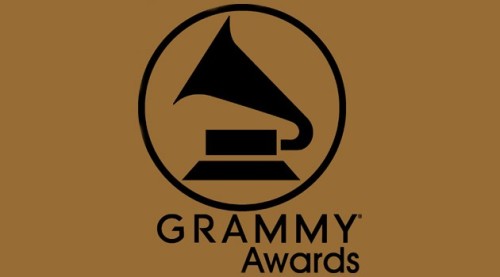 Don’t get me wrong. I used to be an awards show junkie. I never missed. Even the shows announcing the nominees. I loved the entertainment industry. As a music major in college, I thought I would be a part of it one day.

But then, life happened. And kids. I discovered a whole new vocation I never thought in a million years I would enjoy so much. Motherhood. It’s been a blast. And the reason entertainment is my weakest category in Trivia Crack.

All in all, I felt it was a bit lack luster. Madonna tried to be shocking. Yawn. A legend crooned with a much, much, much younger up and comer. Creepy. Rock bands that should have retired long ago tried to show they still had it. Uh-uh.

Then, the Grammy’s put domestic violence and human trafficking into the forefront. Brooke Axtell, a survivor, spoke out against abuse against women. She gave a moving speech and Katy Perry followed up with a beautiful rendition of “By The Grace Of God.”

I thought, good for them. They should pick a cause every year to support.

And I couldn’t help but remember when Metallica made (pardon my language but there really is no other word) asses of themselves in 2000, crying about Napster.

Don’t get me wrong. I am a poster child for plagiarism. I’m a rule follower from way back. I had a neighbor tease me once because I still use iTunes to buy my music. So sue me. I think stealing is wrong. Whether it’s milk, money or music. But when it comes to musicians, raking in millions from their craft, and they want to cry about the other thousands they may have lost? I have one thing to say. Take care of it privately. Quietly. Get your lawyers on it. Use your considerable wealth and position and power without telling me all about it.

Neil Portnow wanted to use his platform to gain support and inform the fans. Inform the fans? Seriously? He wanted to wag his bejeweled finger and remind Johnny that downloading songs for free is wrong and robs artists of fair compensation? Johnny doesn’t already know that? And fair compensation? Nobody is downloading some no-name artists music for free. And if they are, I can tell you the “no-name artist” is thrilled that someone is even listening to them.

I sat there. Trying to judge the reaction of the audience. The cameras panned the crowd and showed a few bobbing heads of agreement but there wasn’t some wild outpouring of support (Thank God.) I honestly don’t know how the audience felt. But if they agreed, it seems they had the common sense to keep their (greedy) feelings private.

I agree that people should be rewarded for their work. I agree that sharing music online without compensating the artist (and producers and writers and etc.) is stealing. I wouldn’t have stolen an album from a record store back in the day. I shouldn’t steal a song of the internet waves now. But talking to me, sweet little Jane, sitting in her living room on the weathered coach she can’t afford to replace, telling me that if this rampant internet stealing continues we’re going to have a world without music because artists won’t be able to make a living in the music industry anymore? Bullshit. (Oops. Excuse me again. But this topic pisses me off.)

Cry me a river. You want to talk about professions that aren’t fairly compensated for their craft? The ones who truly struggle to make a living? How about teachers? Police officers and firemen? Or social workers? Create a lobby group for them.

Earlier in the evening, I mused how wonderful art would be if artists pursued their craft for the pure joy of creating it. Not for money. Not for glory. Not for fame. Real, true artists sharing their gifts.

Find me a gifted, talented, true artist that is also poverty-stricken and suffering and I’ll be happy to get behind your cause. But until then, Mr. Portnow, keep your wagging finger and your millions to yourselves.