Category Archives: Because It Amuses

US Students Rank 26th In The World In Math Scores and Now A Math Lab Bust? Well, That Explains A Lot.

STEM (Science, Technology, Engineering, Math) has become the buzzword of the decade. It’s sprinkled into every school newsletter and peppered into every welcome-back-to-school orientation.

But all of our STEM awareness is for naught. A big fat zero.

Math labs busts are on on the rise. At least, in Laurel County, KY they are. And five people were arrested. (I’ll bet they didn’t count on that.)

The United States still falls behind the rest of the world in math, and the reasons for our lagging test scores are starting to add up. Multiply that by simple editing skills at the news station and you have the final answer.

Frankly, I’m divided on the issue. Factor in how many labs go undetected, it’s difficult to fault anyone here. It’s a problem that is growing exponentially, with  many variables to consider.

And then there are all those teachers pushing math.

But can you blame them?

They’re all just trying to get their piece of the pi.

We need to stay rational. This is not your average quandary. I don’t think we’ll find a simple formula to solve the issue. It’s a complex equation. But the degree of the problem should never be underestimated.

When I brought this latest development to my husband’s attention, he just sighed.

“Dear Jane. Don’t you know? Only squares do math.”

And that, dear readers, is the root of the problem.

I am not perfect. By any stretch of the imagination. I love run-on sentences. I love incomplete sentences. I rely on spell-check. Heavily. Not because I can’t spell but because I’m horribly lazy.

And speaking of lazy, I don’t edit my posts very well. Or sometimes at all. I know. I’m a terrible blogger. But I own it. And I have my excuses. (And they truly are excuses.)

I’m not like many of you out there. I’m not waiting to be discovered. I’m not jonesing for a book deal. I’m just a gal, full of ideas bouncing around in her head that need to be unleashed once in a while. So, I write a post. I scan it for any glaring errors and then I hit “Publish” and walk away. Well, click away.

Imagine my amusement when I received this comment regarding my blog:

(Identifying factors have been deleted to protect the well-meaning spammer.)

“certainly like your web site however you need to test the spelling on quite a
few of your posts. A number of them are rife with spelling
issues and I in findingg it vedry troublesome to tell the truth however I’ll definitely come again again”

Ahhh, the irony of spam comments.

Spamm all ways amuzes me.

Break-Up Text Goes Viral. And I Just Don’t Get Why. 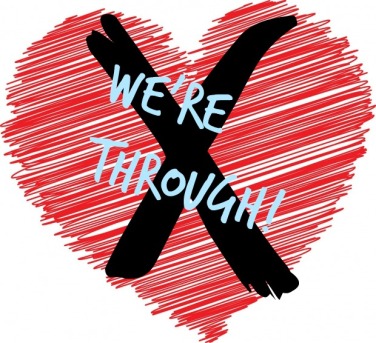 So, naturally, I clicked on it. I love the internet, if nothing to be entertained.

I read viral text and I was amused, as I thought I would be, but I was also curious as to why in the world such a sensible, reasonable text went viral.

You see, I’ve succumbed to the digital age. I no longer think that a text break-up is so unusual or wrong. Especially for a 7-week relationship. So, no. When I read the text, I wasn’t surprised. I was even a little disappointed. It wasn’t so entertaining that it should have gone viral.

What surprised me the most, however, was the response of others.

Item #1 – “You refuse to update your relationship status on Facebook”

Jane = After 7 weeks of hot and heavy you-know-what, I’d expect that two people would be considered “an item” worthy of a status change. If you’re still “looking for men” after 7-weeks with the same guy? Well, than maybe you’re just not that into him.

Others = Apparently, keeping your relationship status private is a common thing. Lots of nosy moms and sisters out there, I guess.

Item #2 – “You won’t include me in things like the wedding this weekend. I should have been the one to escort you.”

Jane = Again, after 7-weeks of courtship, this is not an unreasonable assumption.

Others = Disagreed. With me. 7 weeks is too soon for a wedding date. (Oops.)

Item #3 – “You are rude to my cat and that makes me uncomfortable.”

Jane = I’m more of a dog person, but if you were rude to my dog? I’d say that’s definitely an indication of your true character.

Others = Found this item especially amusing. The ex-girlfriend’s response? She’s apparently allergic to cats. And he didn’t know this after 7-weeks? C’mon.

Item #4 – “You do not share your time equally and by now your boyfriend should be taking priority.”

Jane = I’m going to assume that by “equally” you mean between boyfriend and other friends. And if my assumption is correct, then you go, boy!

Others = See him as needy.

Item #5 – “Your swearing if very unladylike.”

Jane = Calling her out on her potty mouth? A man with standards. I like it.

Others = Added their own expletives to the comments.

Item #6 – “You won’t disclose how many sexual partners you have had which makes me think it is upwards of 3 and anything more than that is unacceptable.”

Jane = Again, a man with standards. Which, as long as he holds himself to the same, is quite admirable.

Others = Feel this is narrow-minded. And it might be. But he is choosing a life partner and if this is important to him (which I’m teaching my children that sexual relationships are precious and special and should only be shared with a life-long partner) than good for him. It’s his prerogative.

In response to the break-up text that the now-ex-girlfriend allowed to go viral because she shared it with a friend she says,“He was 30, had a job, a car and a house. Certainly not what I normally manage to attract, so I thought I was onto something…”

Yep. I’d say you were onto something. Someone with a moral compass. Self-worth. Self-respect.

And the fact that he is “certainly not what (you) normally manage to attract” tells me you could take a lesson from this guy.

Tagged as Because it amuses me, break up text goes viral, moral compass

The facts: I am a rule follower. My mother wears hearing aids. I like to listen to the BBC a few mornings a week to hear world news and opinion. Now, on with my story…

The other morning I was listening to the BBC when I heard the newscaster say, “Blah, blah, blah (some organization, from India maybe?) is planning on releasing cheaters into the wild.”

Isn’t that a little harsh?

What will it be like…maybe a remote area, similar to a leper colony? Or will it be like that reality show “Survivor” and there will be cameras, a neutral host and episodes on trust and how to cheat a cheater?

Didn’t she say India? I never realized their justice system was so harsh. Is a cheater someone who cheats on a spelling test or on their taxes? Or is this for cheating spouses? They’ll banish them from society and make them live with their fellow cheaters. See how they like cheating then! Yep. That’ll teach ’em.

And then the newscaster spoke of “Chiner.”

Oh, wait. China. And cheetahs. Releasing cheetahs into the wild.

I’m not quite sure to whom to attribute this little gem – Frank L. Visco, Grammerly.com, various bloggers across the net-waves. But, this list has been making the Facebook/Twitter/Blog rounds and I’ve only just discovered it.

It made me laugh out-loud.

On the off chance you haven’t seen it yet, or you need to be reminded of this funny list poking fun at our funny ways…

How To Write Good

Filed under Because It Amuses, Blogging

Tagged as how to write good, writing, writing tips

Tagged as Shel Silverstein, Where The Sidewalk Ends

I get a big kick out of the spam we receive on our blogs. Especially the ones that mangle the English language. At least, worse than I do.

But today, on World Mental Health Day, I received this:

“Superior Morning, I just stopped in to visit your site and thought I’d say I liked myself.”

May you all have a wonderful World Mental Health Day and may you like yourself as much as my new favorite spammer!

Have A Superior Day!

Filed under Because It Amuses, Completely Random