Oh, How I Love Where I Live

Oh, how I love where I live. 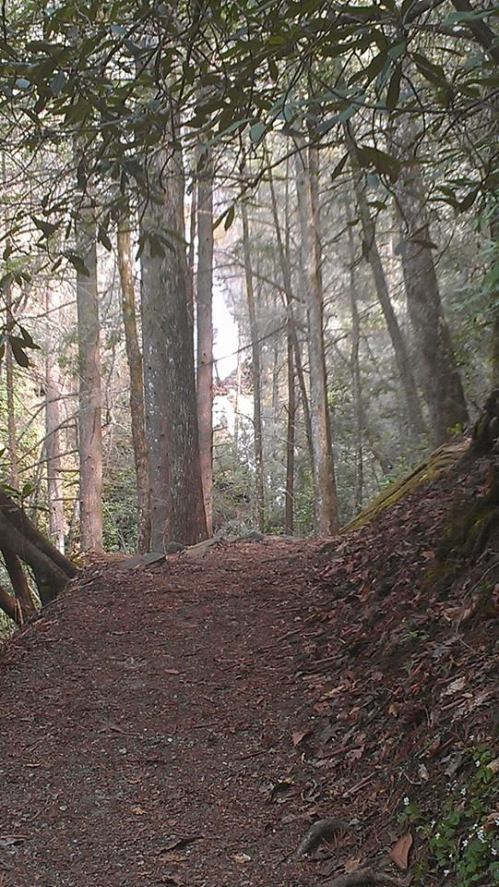 Me and my honey. (Before the bangs frizzed up.) 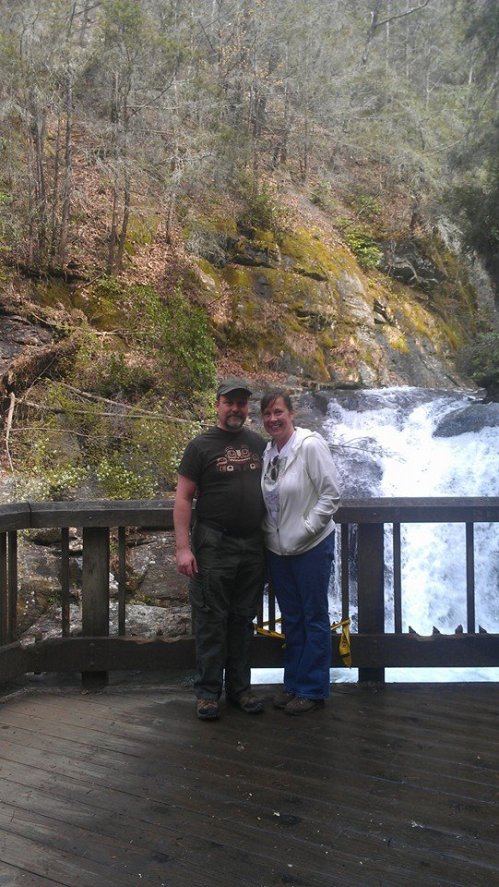 The yellow tape? Where beavers chewed through to grab the bars for their lodge. Pesky little beavers! 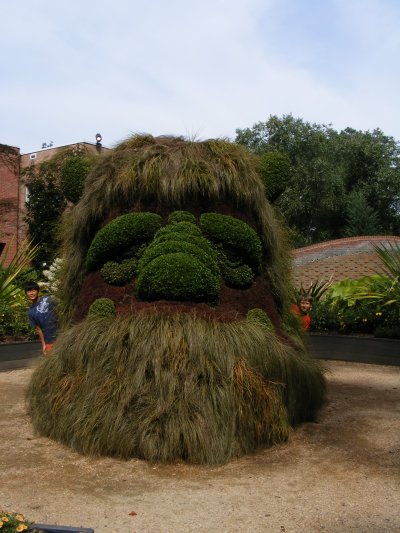 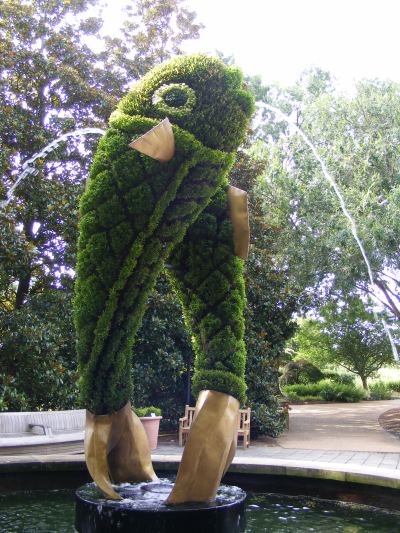 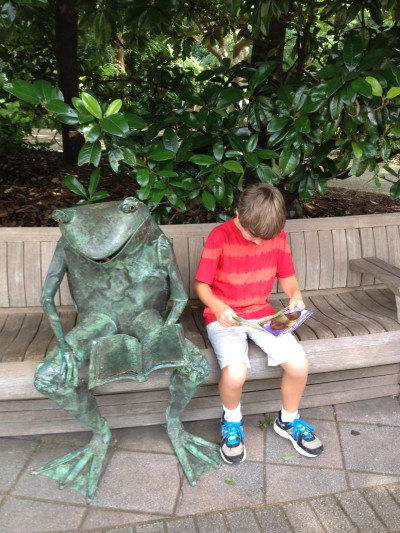 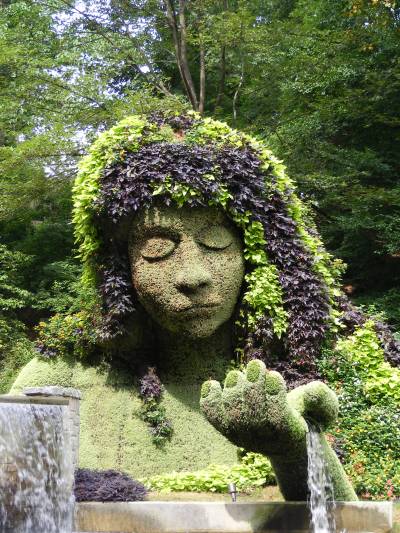 Yes, I’m Against The Death Penalty. Unless You’re A Tick.

I wrestle with high-profile, controversial, ethics shaking topics here on my blog. That’s because I wrestle with those very same topics in my heart.

I think I know myself. I’m fairly confident in my convictions. Take the death penalty, for instance. I’ve often said, I could never be on a jury that might involve a death penalty case. I’m not God. I don’t feel qualified deciding who lives or who dies. But then, I always add with a wry chuckle, “And may God help me if anyone hurts my child!”

Spiders or the occasional scorpion in the house? I capture it and set it free outside. My boys inexplicable fascination with guns and swords? They are basement toys where I can pretend that kind of play doesn’t exist.

I honestly felt (notice the foreshadowing here) that I couldn’t kill. Anything. 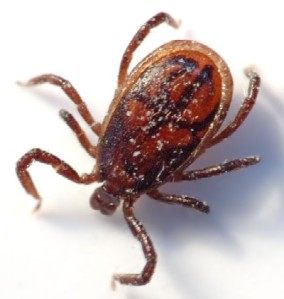 Looking more closely, it just looked like a piece of leaf. I flick it with my finger but it stays firmly attached. I grab my reading glasses (yes, I’m that old) and take a closer look. It’s a piece of a leaf with legs. Hey, that isn’t right.

“Come with me,” and I grab his arm and drag him into my bathroom.  Thoughts of drowning with baby oil, petroleum jelly and use of matches race through my mind (all wrong, by the way) but all I really want to do is get that thing off of him. I grab my tweezers and pluck that little sucker off. I swab the area with rubbing alcohol and breathe a sigh of relief. Then, something in my memory jogs. You’re supposed to save the disease carrying culprit. So, I lock him up safely in a Ziploc bag.

This maneuver intrigues my boys. They take turns carrying him around and examining him. My daughter, angered that something would dare hurt her little brother says, “Let me see that!” and she shakes the bag, disorienting the poor little bugger. “That’s for hurting my brother!” she says. Apparently, that’s an activity only she can partake.

I search online, frantic that I may have done the wrong thing. (I haven’t) Thank goodness. (Click here for a step-by-step guide) I did exactly as I should have. I even saved the evidence for a call to the doctor in the morning.

When my husband comes home I tell him of our ordeal. He has dealt with Lyme disease before in his practice. I tell him I’ve saved the tick.

“They’ll just order a blood test. There’s no need to save him,” he says, “Just toss him.”

Hmmm, really? Online it says to preserve/kill it with rubbing alcohol. We just put him in a Ziploc baggie, letting him suffocate and squirm. He’s not even close to death.

I go into the bathroom and feel a little giddy. The little angel on my left shoulder chastises me and I feel a bit guilty. Then, the little devil on my right shoulder shouts, “But he tried to give your baby Lyme disease!” And without the slightest hesitation I pour a few glugs of the vile liquid into the bag.

I try to hide my satisfaction. I suppress an evil grin.

But my little angel shakes a finger at me, reminding me that I’ve just administered the death penalty without the benefit of a judge and  jury.

He tried to hurt my child.

I’m catching up on my TiVo. And I finally watched an episode of 60 Minutes about the study of communication between elephants. I was mesmerized. (You can see the full segment here.)

I was mesmerized, but not because I didn’t believe that animals could communicate with each other. It was the depth and breadth elephant communication appears to be.

What moved me most was the death of a baby elephant. (About 7:48 into the clip.) There is footage of other elephants trying to revive the baby. There are sounds of wailing, in panic and despair. And then, scientist Andrea Turkalo speaks of the funeral that the elephants conducted for about 3 days.

About the length of an Irish Catholic wake.

The elephants lined up and slowly passed in front of the body, touching it as they did, releasing emotion (because what else could it be?) through wails and cries.

Humans can be arrogant. We feel superior over animals. But after watching that segment, there is no denying that animals experience life with an incredible depth of emotion. While referencing the 60 Minutes segment on YouTube I found the following clip of a group of elephants saving a drowning baby elephant.

They panic. They organize. They join forces. They show relief.

An elephant never forgets. And they are more like us, in so many ways, then we’d care to admit.

(For more information and conservation education of elephants visit the Association of Zoos and Aquarium website.)

It’s True. Mother Nature Is Out To Get Us.

Remember a few months ago when I was talking about this book….

and how I couldn’t sleep after I read it?

To refresh your memory, it is yet another apocalyptic tome about evil terrorists who immobilize the entire electrical grid in the US (because all Americans are evil, of course). A high altitude nuclear bomb is set off and unleashes an electromagnetic pulse that paralyzes the United States. Death and destruction ensue. For over a year. The forward and afterword are written by a politician and a U.S. Captain in the Navy, telling us that this is a book describing not if these horrors will happen, but when, justifying their cause to get tough with terrorists.

I was listening to the news this morning.

And the book was right. It can happen. It probably will happen. But not by some evil dictator.

But by this cheerful, little guy. 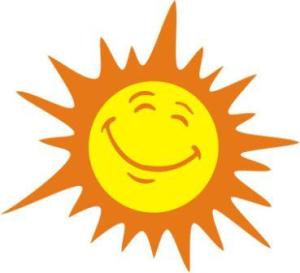 Solar flares. They’re common. They happen all the time. But the big ones? The really, really huge solar flares? Happen about once a century. And we’re overdue.

Scientists predict that the last really big one happened about 150 years ago. And because the only electrical-type system being used at the time was a telegraph, it only mildly paralyzed the area affected.

But today? When our very existence is dependent on electrical power? According to the scientist being interviewed, a really big one could paralyze an entire area (and we’re talking really big areas – like continents) for at best, a few months, most probably a year or more.

Are you kidding me? An evil terrorist I can deal with. (Well, two months ago I couldn’t deal with it but when you compare it to an act of nature, I can.) I can pray for a change of heart. I can send them love and light. But the sun? The whimsical, unpredictable flurries of the sun? Are you freakin’ kidding me?

I should just throw in the towel and start makin’ my sign. 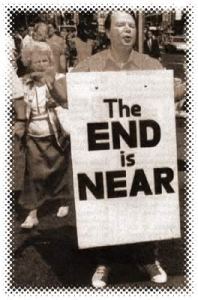 This is so depressing.

I’m going back to bed.

Now, I learned to drive in Michigan. But I only weathered four winters there before moving south. So I am out of practice when it comes to driving in snow. It can be tricky. But I drove all over in it today. No big deal.

The roads are clear. The high in the upper 30’s. No ice on the roads. We got maybe 2 inches and it’s almost all melted as I type this post.

And they cancelled school for tomorrow, too! 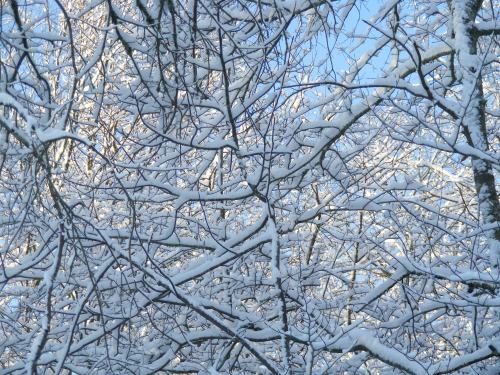 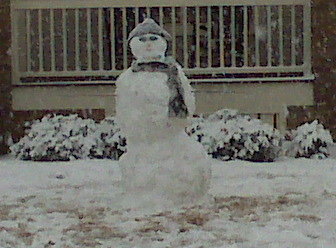 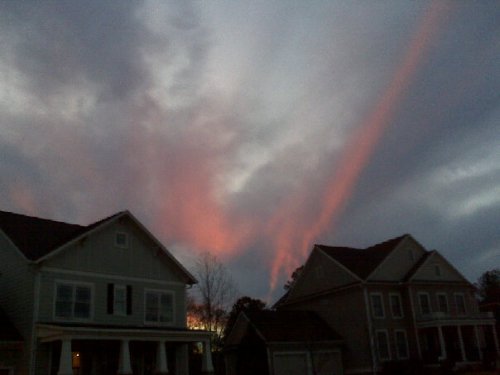 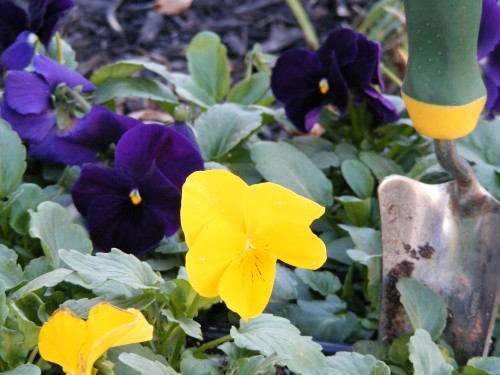 Wordless Wednesday – Almost In My Backyard 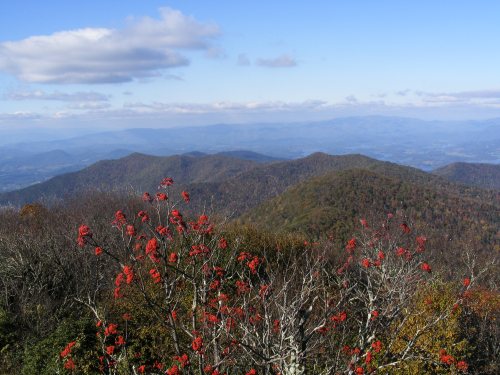 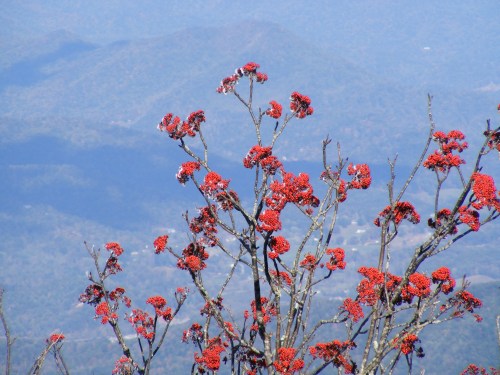 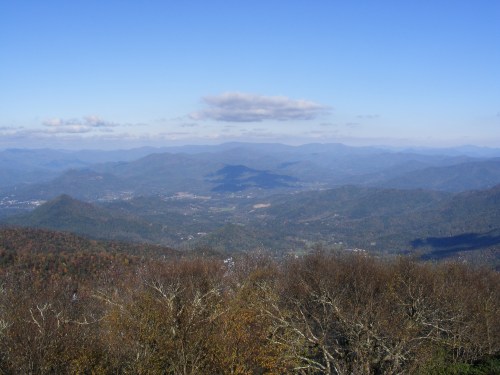