Don’t Let Your Mother Hear You Playing This!

Ok. So this post is going to really date me. Hold onto your time machines. We’re going waaaayyyy back…. 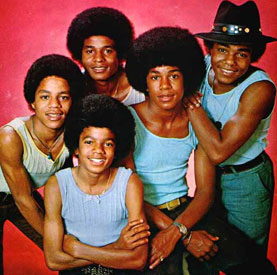 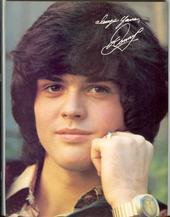 Then I discovered the Beatles. Sure, I was  a little late (they broke up in 1970) but my uncle had all their albums and I thought my uncle was pretty cool. I started collecting their albums, too. I’d pour over the lyrics, spin the records backward, analyze every word. Was Paul dead? Who was the walrus? Where IS Strawberry Fields? Is there happiness in a warm gun?

The first hard rock album I ever bought was Deep Purple’s Machine Head. I loved the song Smoke on the Water. The lead singer was Ian Gillian, voice of Jesus on the 1970 recording of Jesus Christ Superstar. My parents played JCS in our house all the time. I remember one Saturday, listening to my newest purchase with my hard-earned allowance and being very disappointed. Sure, Smoke on the Water was a great song but the lyrics of the other songs disturbed me. I was  a young innocent. Many of the songs glorified drug use. Sure, the Beatles had alluded to it in their songs – often quite openly -but somehow this was different. A little more crude. Real. With no consequences. I was quite disturbed by this and my father used it to teach me about “wise purchases” and knowing more about the product before I lay down my hard-earned cash.

Eh. I got over it. As long as I liked the music I learned to ignore the lyrics. And so it went and on another Saturday my sister and I were listening to Nazareth’s Hair of the Dog (sometimes referred to as Son of a Bitch because of the line “Now you’re messin’ with a son of a bitch!”) 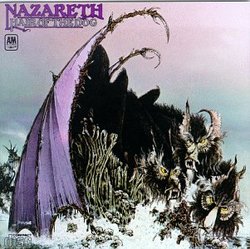 My sister and I, in our room, record player blaring, singing into our hairbrushes. My dad bursts in. “WHAT are you listening to?” “N-n-n-nazareth” we stutter, pointing to the album cover. “We just bought it.” “Oh,” my dad says, realizing this was our latest purchase. “Well, just don’t let your mother hear you playing this. And turn it down.”

As a young adult, because I truly enjoy all kinds of music, I became interested in this new genre, Rap. Ok. Not so new, but finally in the mainstream. I loved the Beastie Boys, Run-D.M.C. and the first rap song, “Rapper’s Delight” by the Sugarhill Gang. But talk about struggling with the lyrics – Gangsta Rap really turned me off no matter how much I liked the music. And then, of course, there was the portrayal of women.

And speaking of women, and getting back to my love of hard rock, I really struggled when Nine Inch Nails hit the charts. The music? I loved. The lyrics? Not so much. Ok, not much at all. Well, most of the lyrics, anyway. How could I like such an artist? Many of the videos are banned for their graphic visions of violence and torture. But a song like “Hurt?” Gut wrenching and beautiful. When Johnny Cash did his haunting version Trent Reznor (lead singer for NIN) was quoted, “[I felt like] I just lost my girlfriend, because that song isn’t mine anymore… It really made me think about how powerful music is as a medium and art form.”

Now I have children. I’ve censored the music I listen to when they’re around. My love of theater and opera and classical; they’re VERY aware of. We listen to “safe” pop music stations in the car. Tori Amos, NIN, Puddle of Mudd, and friends – I listen to when I’m alone.

But my daughter is now 17. And she’s listening to the same things I am – and then some – for a while now.  How do we keep our children from believing in the damaging lyrics found in some songs? How did I emerge from my teens with a strong sense of self? Have I sheltered them enough, for long enough, until they could come to their own conclusions of how the music should move them? And is it just me, or is sheltering them getting harder and harder?

Music is powerful. And as an art form it’s easier to come by. It’s everywhere. And we’re influenced by it more easily then I think we’re willing to admit.

Filed under Growing Up, Music