So Sue ME. I Bought Baby Einstein Videos For My Kids.

How is it that I am late to this party?

Not a polite 5 minutes late.

Not a day late (and a few dollars short.)

Apparently, in 2009, Disney offered refunds to parents for the Baby Einstein videos because they didn’t turn your darling little angels into …..well, Einsteins. 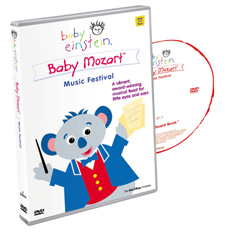 The consumer group, Campaign for a Commercial-Free Childhood, took the children’s video giant to court crying “foul” to their claims that Baby Einstein videos are “educational.” In fact, the American Academy of Pediatrics suggests that video watching by the under 2 set is actually damaging to their tiny little brains. So Disney removed the verbiage from the packaging. But that wasn’t enough. Campaign for a Commercial-Free Childhood demanded that parents be fairly compensated for the trauma they had been put through, as their expectations fell, realizing that little Johnny and little Jane were (gasp!) still just average.

Don’t get me wrong. I am a Disney nut who tends to defend Disney at all cost. Claiming that these videos were “educational” based on anecdotal evidence and the fact that they played classical music in the background is wrong. And, I’ll admit it (only to you) that I, too, fell prey to purchasing not one, not two but about 5 of these little beauties.

But ultimately, who is at fault here?

In 2004, I bought the videos. Even though my pediatrician gave me the developmental handout telling me not to sit my baby in front of the television. Even though I knew that real life stimuli trumps passive TV watching every time. Even though, in my heart, I knew I should be the one entertaining my baby.

But I bought the videos anyway. And I plopped my then one-year-old in front of the TV so that I could nurse his little brother, age 2 months, in relative peace. Or both of them, so I could start dinner. Or fold laundry. Or pee.

I played the role of educated consumer and I traded the opinion of the experts for a few moments of sanity.

If you completed at least a middle school education, you should know by now that there is “truth” in advertising but most times, it’s a twisted truth. My husband always cracks up when “health food” claims what they are selling is “all-natural.”

We, the parents, bought the $15 dollar DVDs. We, the parents, decided that they were acceptable entertainment. And we, the parents, are ultimately responsible for nurturing our child’s intellect in a way that will help it to reach its full potential.

And certainly not Disney.

3 responses to “So Sue ME. I Bought Baby Einstein Videos For My Kids.”