Maddie Ziegler and Sia Chandelier Performance On Ellen: What Am I Missing Here?

I’m an unabashed fan of Ellen DeGeneres. She’s funny. She’s kind. She’s giving. I watch her show often (while folding laundry, of course. I’m nothing if not a great multi-tasker.)

But the other day, she had the artist Sia on her show to re-create her video for her hit song, Chandelier. And I was a bit…….stunned. First, let me say, I enjoy Sia’s music. Have a few of her songs on my iPod, as a matter of fact. I was looking forward to her performance.

Instead of being wowed (in a good way), I sat there, slack-jawed. I was uncomfortable. When they didn’t show any audience reaction, I figured the rest of the audience felt the same way.

Nope. As soon as the performance ended,  the audience erupted and the camera revealed a standing ovation.

If you’re not familiar……

(3) And her costume for the performance, a flesh toned bodysuit, looked like this: 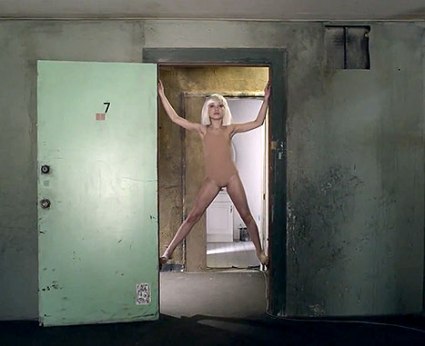 I was troubled. I wrongly assumed others would be, too. And when I Googled “Maddie’s performance Sia Chandelier on Ellen” the adjectives in the articles that popped up were “amazing,” “haunting,” “emotional,” and “incredible.”

Call me a prude. Call me self-righteous. Call me old-fashioned.

I have an issue with prepubescent girls dancing on television in skin-tight, flesh colored leotards, creating the illusion of nudity to songs that describe adult alcoholic beverage (over) drinking behavior.